Suicide Silence has released a new track, “Thinking In Tongues”. The song is currently available on all digital platforms and the music video, directed by Vicente Cordero for Industrialism Films, can be viewed below.

“This song derives from the chaotic feeling of losing your mind,” the band says of “Thinking In Tongues.” “Feeling like you’re choking on every breath you take until you finally crack. Debilitating confusion sets in and your mind begins to ‘think in tongues’; essentially processing thoughts that even yourself can’t understand. In a way, this song evokes the ultimate feeling of helplessness.

“Thinking In Tongues” is the latest studio performance from drummer Alex Lopez, the band adds, “Suicide Silence and our longtime drummer Alex Lopez have mutually agreed to part ways. We wish him only the best going forward and we encourage you all. to follow his future projects in the fields of music and visual arts. Our good friend, Ernie Iniguez (who recorded the drums on “Become The Hunter”) will be playing with us on the upcoming Chaos & Carnage tour and European festival.

Suicide Silence recently announced the reissue of their classic debut album, The Cleansing (Ultimate Edition), which will be released on June 24th. The reissue includes liner notes from the band and lots of bonus material.

Suicide Silence has come full circle and returned to its original label, Century Media Records. With nearly two decades of uninterrupted touring around the world, hundreds of thousands of records sold and establishing themselves as a beacon of modern extreme metal, the quintet from Riverside, California, joined the label that released the albums highly acclaimed: The Cleansing (2007), No Time to Bleed (2009) and The Black Crown (2011).

The Cleansing (Ultimate Edition) is available in the following formats: 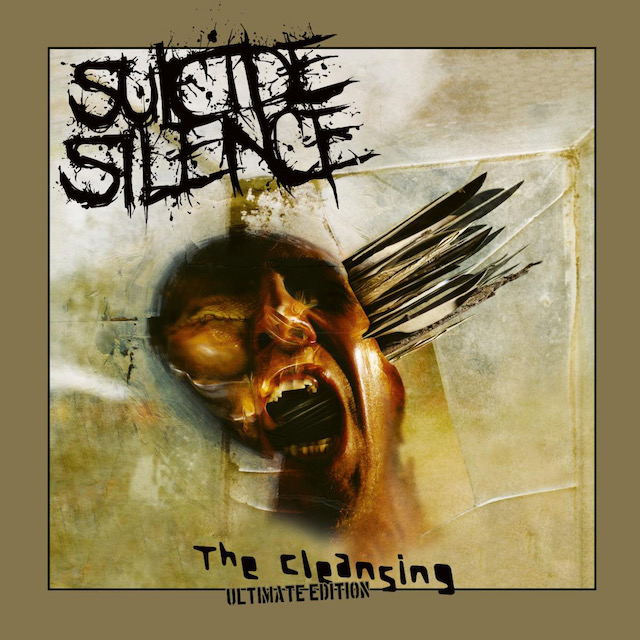 Today, HOLYNew York-based producer, songwriter and multi-instrumentalist Paul James Read’s debut solo project seductively enters the alt-pop world with new single and video “FK ME UP.” a raw insight into the process of spiritual evolution; to allow yourself to break down and embrace life for the chaotic process that it is. Beneath a veil of […]

Crobot and Mascot Records/Mascot Label Group present the official music video for “Set You Free,” which can be viewed below. The song is the lead single from the band’s new studio album, Feel This, which is due out worldwide on June 3. Singer Brandon Yeagley shares, “There are certain things you have to do when […]

Harry Styles has spoken of working with Ukrainian director Tanu Muino on his latest music video as he praised her and the crew for continuing to film with him as conflict erupted in their home country. The former One Direction singer (28) was referring to the music video for As It Was, the lead single […]